After lasting four decades through a deployment to Vietnam, four children, the near-death of one child, a vice presidency, a presidential election, and a Nobel Peace Prize, Al and Tipper Gore’s separation after 40 years of marriage came as a shock to Americans.

Theirs was the faithful, steady counterpoint to Bill Clinton’s philandering. In the world of politics where new dalliances are reported every week, theirs was a rare, successful marriage. And then there was that kiss. The long, uncomfortable smooch in front of millions of people at the 2004 Democratic National Convention. Their marriage seemed invincible.

In fact, the Gores are not that unusual in splitting up after 40 years of marriage. Divorce after decades of marriage is common, says author Stephanie Coontz, and will become more common as people live longer.

“People are living healthier lives, longer lives,” says Ms. Coontz, a marriage and family studies expert and author of “Marriage, A History. ” “It is now possible for someone to hit 65 and expect to live another 20 years…. You get to a point where if a marriage is unsatisfying, you’re not talking about sticking it out for a couple more years.”

It’s difficult to find statistics to support that – the US Census Bureau only recently began tracking divorces, and the statistics rarely take into account how long a couple has been married.

According to the 2008 US Census, one quarter of all divorces that took place in the previous year were among those married 20 years or more. 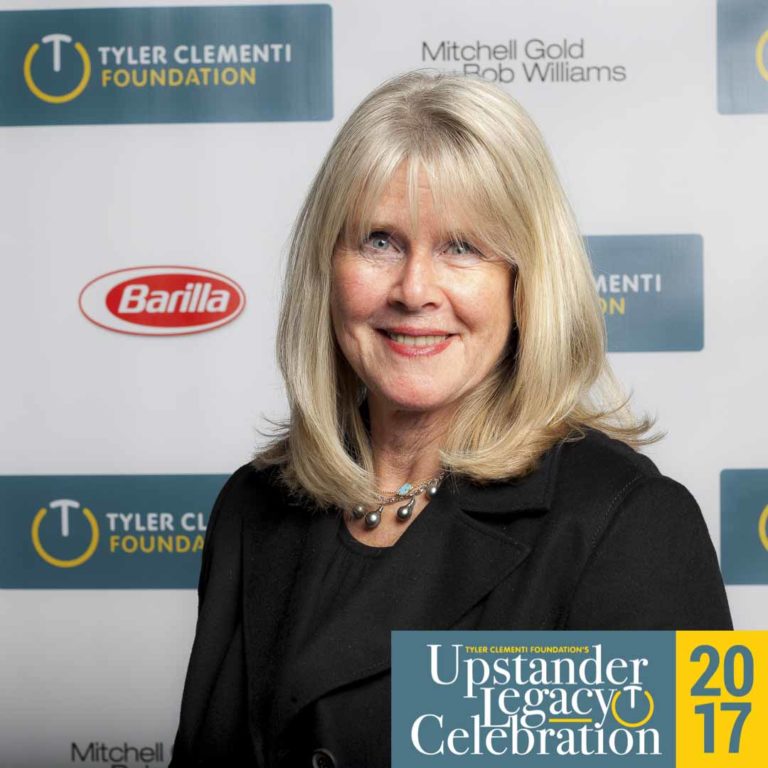 But divorce statistics provide an incomplete – and sometimes misleading – picture of marriage and divorce trends, says Betsey Stevenson, a professor of business and public policy at the University of Pennsylvania’s Wharton School of Business.

“I would be extraordinarily hesitant to present this as a divorce crisis among older people,” says Ms. Stevenson.

Marriage: 'We expect more ... and need them less'

Nonetheless, marriage has changed dramatically over the past several decades, says Coontz, making divorce a more feasible option than it was in the 1950s or '60s.

“Marriage has changed more in last 40 years than it has in thousands of years,” she says. “For the first time, we have equally successful options outside marriage, so each party is free to leave. 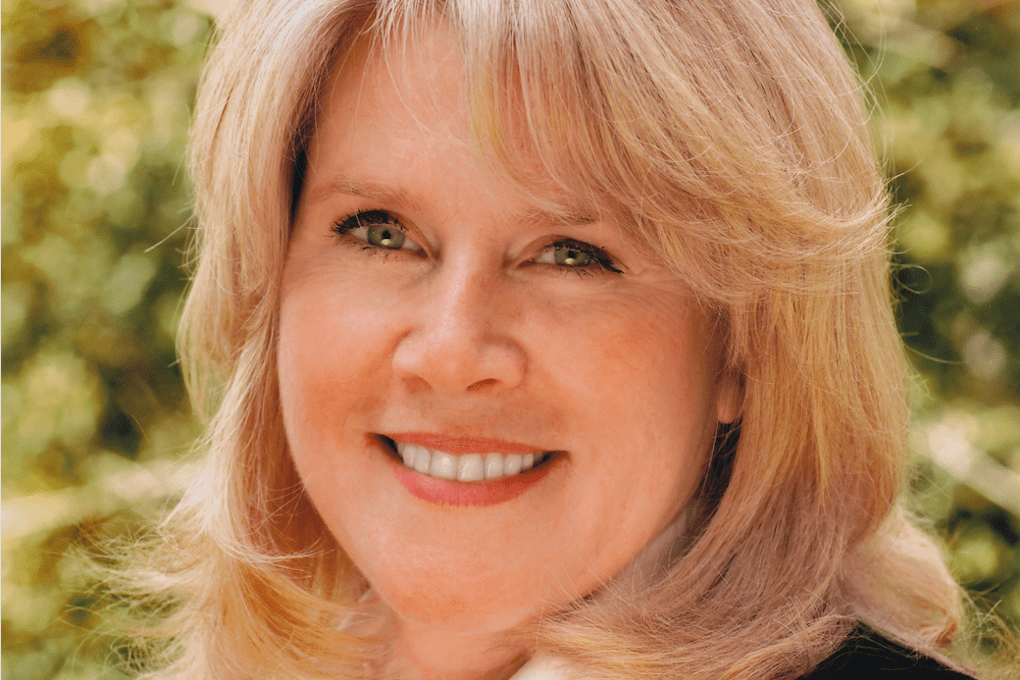 And we have a completely new attitude to what marriage should be.”

“We expect more from our marriages than we used to and we need them less," she adds. "When it works, marriage today is fairer, more intimate, more fulfilling, more passionate than couples of the past could have imagined. But because it is, a marriage that isn’t these things seems less bearable.”

Many couples stick it out through years of dissatisfaction for the sake of their children, before splitting up, according to an AARP study of gray divorces.

“The issue is what happens when shared projects are over and you find out that you have grown apart or affection has faded, that things that were once tolerable are no longer tolerable,” says Coontz.

But the Gores had one big factor working against them, says Stevenson: They were married in the 1970s. “[The Gores married] at the beginning of the greatest divorcing generation in history,” she says. 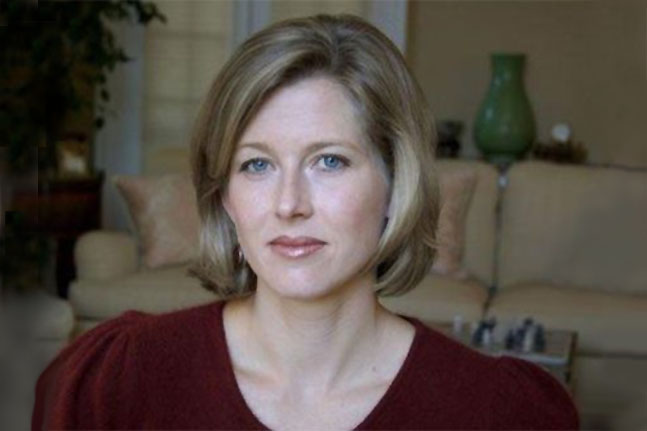 The Gores married at a time where expectation for married life was very different for what life actually ended up looking like, mostly due to the surge in women in the labor force. And they married young – Tipper was 22 when she married – so they probably didn’t expect to be having a vibrant, active life later in life, Stevenson says.

“The combined factors of early age of first marriage and improvements in health and longevity means their marriage really has to go the distance to make it into death,” she says.

The lesson is not taking your marriage for granted, after 10 years or 40.

"People mistakenly believe if you make through the first 10 years of marriage, you’re home free,” says Stevenson. “That’s absolutely not the case. Divorces continue to happen many, many years after marriage. Never take your marriage or spouse for granted.”

Al and Tipper Gore: where did it go wrong? | Al Gore

To hear news of any marital break-up is a solemn moment, but the US has been genuinely shocked this week to learn that its former "second couple", Al and Tipper Gore, have agreed to separate after 40 years of marriage, a landmark they had celebrated with close family and friends only a couple of weeks ago. The couple issued a statement on Tuesday saying it was "a mutual and mutually supportive decision that we have made together following a process of long and careful consideration". Friends of the couple were reported as saying no third party was involved, and that they had simply "grown apart". With Al Gore frequently away from home and wrapped up in his environmental work, one friend said "their lives had gotten more and more separated" – offering extra context, perhaps, to recent reports that the couple had bought a new luxury house in California, 2,000 miles away from their long-time family home in Tennessee.

Ever since Al was first elected to Congress in 1976, the Gores have been viewed in Washington as one of politics' most rock-solid, durable couples. This was the man who bought his wife a 1967 Mustang as a Valentine's Day present a few years ago to remind her of the car they travelled in when dating back in high school (his male friends say they have never forgiven him for raising the Valentine bar so high). 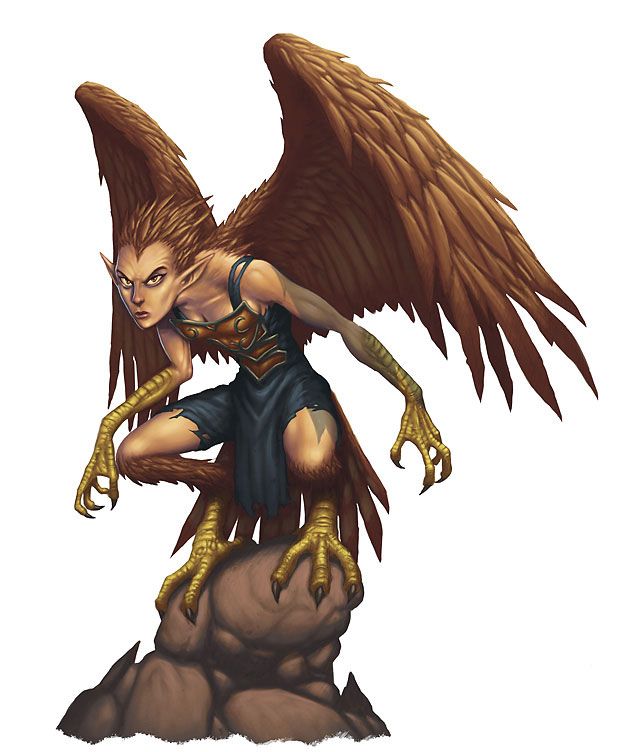 The couple experienced a roller-coaster of political fortunes over the years, none more dramatic than when Gore ran for the US presidency in 2000 after spending eight years as Bill Clinton's vice president. He narrowly lost out to George W Bush, of course, but one of the abiding memories of the campaign was "that kiss" at the National Democratic Convention, a lingering passionate embrace that left commentators cynical and smitten in equal measure.

"It was always easy to portray them as the perfect, all-American couple," says Clive Webb, a reader in North American history at the University of Sussex. "He was the lantern-jawed character and she was the pretty blonde wife. With their four kids and conventional looks, they were the quintessential American family. They were a striking contrast to the Clintons who, at the time of Gore's run for presidency, were mired in marital problems."

Webb says that Tipper helped to soften her husband's public reputation for being stiff and, at times, pompous. 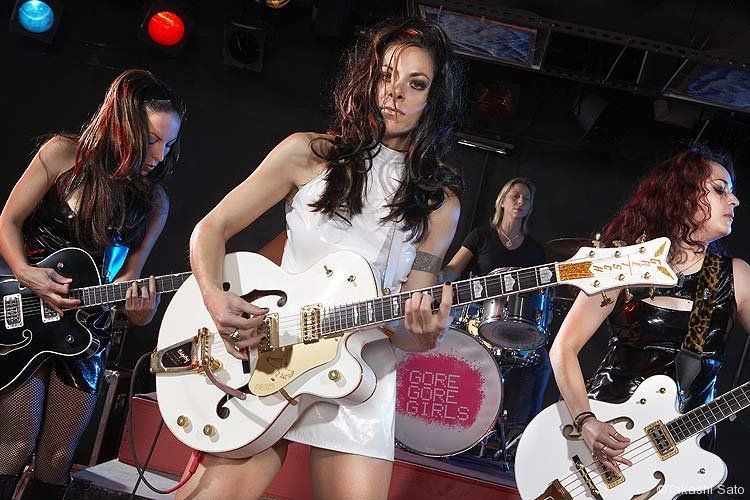 "She humanised him at a time when people were asking which candidate they'd rather have a beer with. Her role was largely to connect with the Bible Belt of Middle America, who viewed them as a traditional southern family."

In 2003, the Gores jointly authored a booked called Joined at the Heart: The Transformation of the American Family, in which they included anecdotes from their own marriage to help investigate the causes of these pressures. "For us, as for most Americans, family is our bedrock, and we believe the strength of the American family is the nation's bedrock," they wrote.

Sarah Churchwell, a senior lecturer in American literature and culture at the University of East Anglia, says the couple's split marks the end of an era in US politics – which, she adds, she won't mourn. "Tipper Gore represented the traditional political wife. In many ways, she was the quintessential Republican political wife. This hopefully will mark the end of wives as political accessories where marriage was viewed as a backdrop, a given. 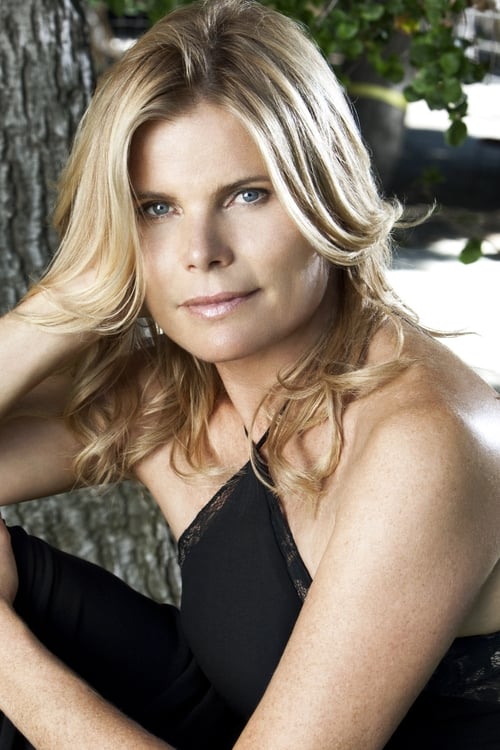 For Churchwell's generation – an American teenager growing up in the 1980s – Tipper Gore is best remembered for her campaign via the Parents Music Resource Center to censor music and place "explicit language" stickers on records, after her then 11-year-old daughter was heard listening to Prince's Darling Nikki.

"We hated her back then for this," says Churchwell. "We only knew of Al then as her husband – my consciousness of her predates him. And for many Americans the name 'Tipper' means one thing: a privileged, conservative, southern background. This all later fed into her role as the traditional wife/mother promoting family values."

In recent years, Tipper has played a near nonexistent role in her husband's environmental campaigning. And, following the dizzy peaks of 2007, when his documentary An Inconvenient Truth led to Oscars and a Nobel peace prize, Al Gore's currency has fallen somewhat of late – largely due to his close association with, and advocacy of, climate science that has been under severe assault in recent months. 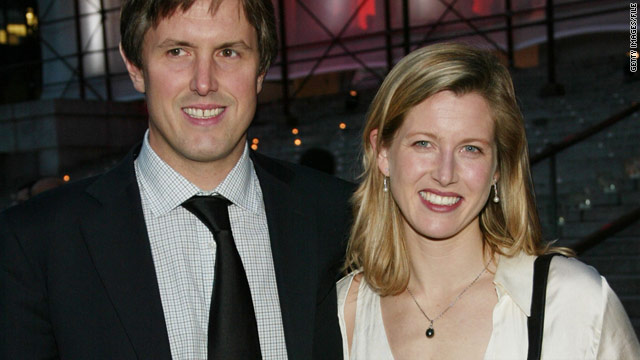 But expect more from Gore. As New York magazine noted in 2006, he has developed a habit of stealing Bill Clinton's nickname – the Comeback Kid.

90,000 Totti received a joke award "Golden Tapir" for divorcing his wife. He said that he wanted to exchange her branded handbags for a watch missing from the safe - Football

The "Golden Tapir" is a playful award given by Italian television men for high-profile failures in football.

The former Roma striker was awarded this prize for his high-profile divorce proceedings with his wife, Ilari Blasi. The two have exchanged poignant remarks in the media and will meet in the courtroom on Friday for the first hearing in the case of the return of the TV presenter's branded handbags.

The ex-football player said that he had the bags, but he hid them, hoping to return them in exchange for a Rolex watch that had disappeared from the family safe. However, there was no opportunity for this.

When presenting the award to Totti, presenter Valerio Staffelli said: "Don't tell Ilari, otherwise this too will be lost."

Recall that in March, the "Golden Tapir" received the head coach of the Italian national team Roberto Mancini after the absence of the national team from the World Cup.

News of my team

At the State Services, it became possible to apply for a divorce using the State Key. A month later, one of the spouses (or both) must come to the registry office to personally confirm their intention.

“Among the obligatory conditions: mutual desire; absence of minor children; verified account on the State Services; SNILS and e-mail of the spouse, ”the Ministry of Digital Development reports on October 11. 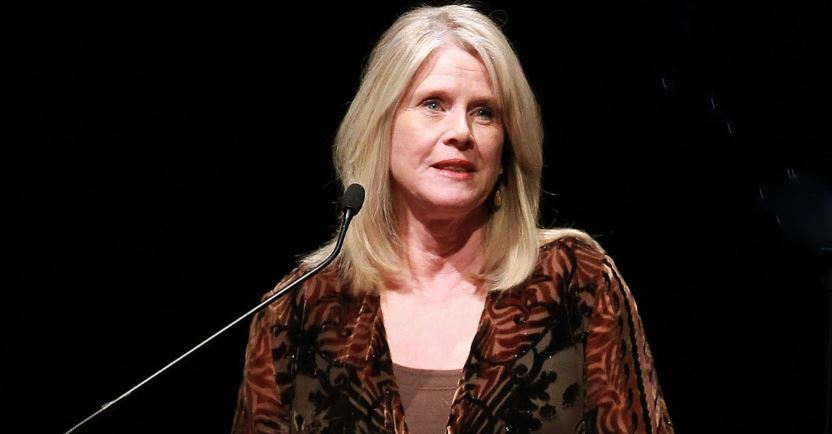 The procedure is as follows:

“If the initiator of the divorce goes to the registry office alone, the second spouse can receive his certificate by choosing the service for obtaining a primary certificate. 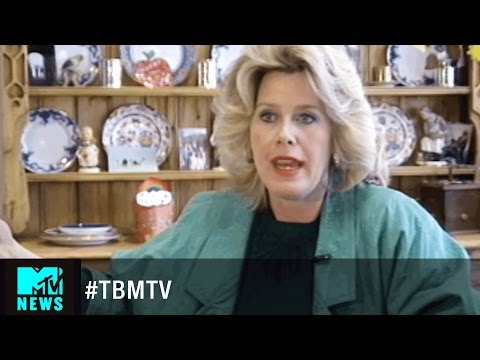 It will be possible to pick up a paper document at any convenient registry office or multifunctional center.

Did you see a typo? Select a fragment and press Ctrl+Enter

Send your news to the editor, tell us about a problem or suggest a topic for publication. Upload your video and photos here.

Federal developer Aquilon celebrates his birthday. The company was founded on October 13, 2003 in Arkhangelsk. For 19 years, the developer has scaled up to a full-cycle construction holding that builds residential and commercial real estate, social infrastructure facilities as part of its own residential complexes, and also creates public spaces. The company has a confirmed status of "Reliable developer of Russia" and is included in the TOP-20 developers of the country according to the unified resource of developers. 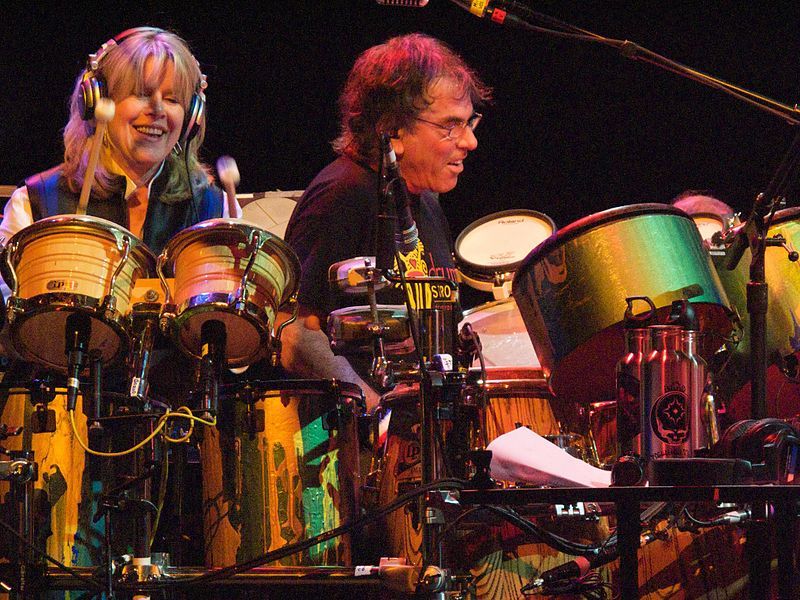 Today the geography of construction...

The best bricklayer works in the Construction Trust Association

For 30 years, the Construction Trust Association has rightfully been considered the leader in brick housing construction. The all-Russian stage of the Stroymaster competition, which ended on October 8, 2022 in Kazan, proved once again that our builders are the best in the city! Oleg Sergeevich Zhiznevsky, an employee of the ST-Stroy company, which is part of the Construction Trust Association, took the third place in the personal classification in the Best Bricklayer nomination. The winner of the competition is currently working on Akademika Konstantinova Street, where the company is building a Nauka business class facility...

1+1 show" on OUR Radio with a new presenter! 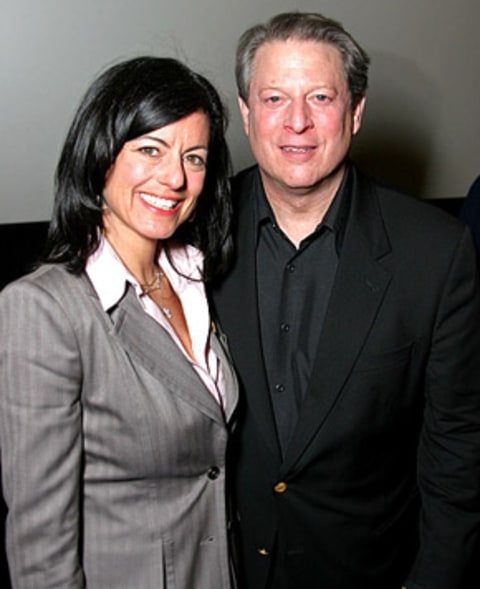 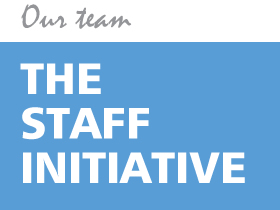 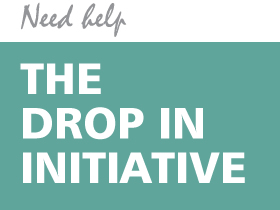 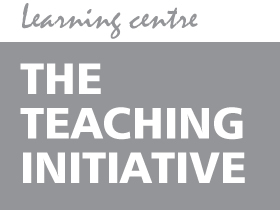